A Sunday in London 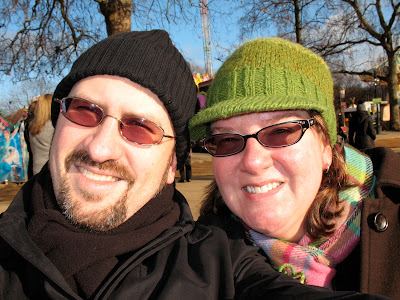 The Winter Market in Hyde Park was still festive on Jan 3 with lots of carnival rides, food stalls and a gruesome pen where people of all ages were forced to glide across a trecherous slab of ice while pretending to have fun. 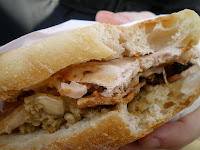 We choose an Edinburgh hot beef sandwich for lunch, followed by a hog roast sandwich for dessert. And some gluhwien for warmth.

We spent the rest of the afternoon wandering the Wallace Collection, a small (free!) museum near Oxford Street. The museum contains items collected by the family of Richard Seymour-Conway, 4th Marquess of Hertford, throughout the 18th and 19th centuries. The family bequeathed the collection to the British nation in 1897 and it opened to the public in 1900. The collection includes some excellent examples of porcelain, home furnishings and paintings. When did we stop embellishing even the most mundane household item, I wondered. And why don’t I have a special tea service to use during my toilette? The Wallaces also collected loads of weapons and armor, including some wicked-looking spurs. I saw several sets of armor made in Augburg, one of the cities we stopped by on our tour of Bavaria. 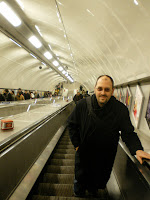 The Wallace Collection was also hosting a special collection of new paintings by Damien Hirst, who is going through a skull-painting phase. Hirst wanted to present these paintings in a classical environment, and I attest they are jarring and somewhat creepy in the context of Hertford House. We did appreciate they appeared to glow. We contemplated buying a T-shirt, but decided £45 was too dear for any art cred we would gain. The museum had prepared a Damien Hirst guide to the collection which was interesting, but the best part really is that I recently saw a reference to this exhibit in The New Yorker and I could think to myself, “Yeah, I saw that.” 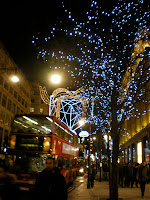 After a stop for cappuccinos and a bit of wifi on the Android phones, we went in search of Tom’s Kitchen.