And three more: We. Were. There.

Fabulous time meeting producers, eating wonderful food, and hanging out with food bloggers at the Dingle Food and Wine Festival from 30 September to 2 October. Here are some highlights from the markets, Dingle Producer Showcase and Taste Trail: 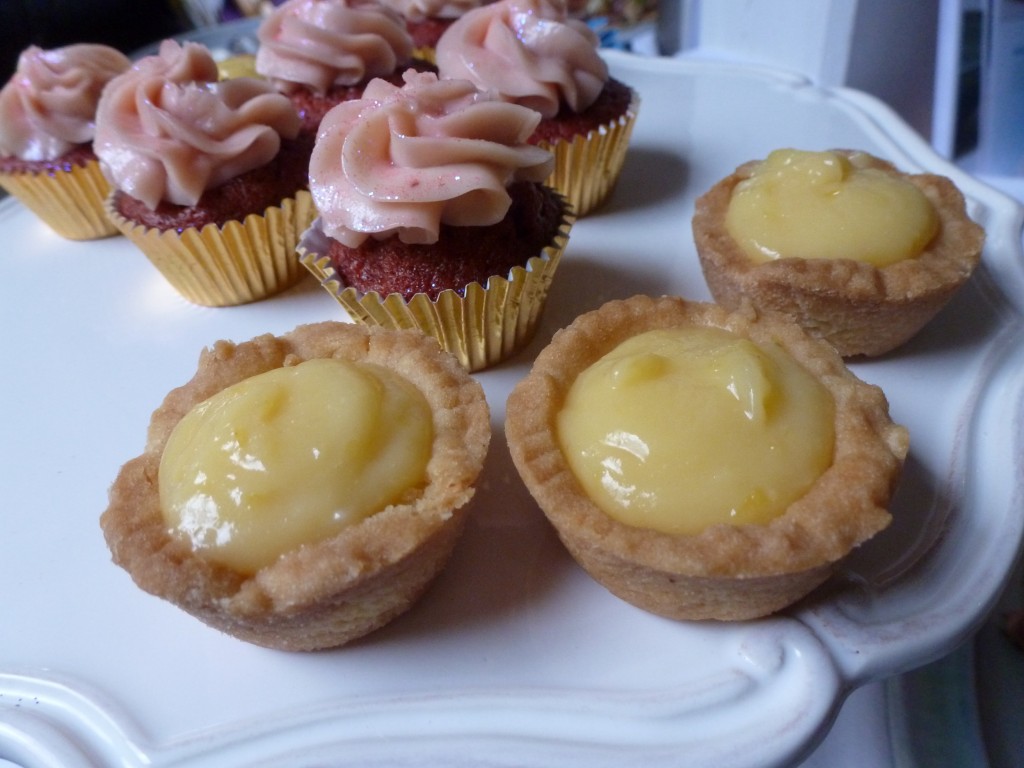 Cloudberry Bakery won Best New Emerging Food Producer from Kerry at the Blas na hEireann National Irish Food Awards. Sam from Cloudberry is delightful, and not just because she gave us a sample box which contained red velvet cake, among other delights. I claimed the red velvet cake as my birthday cake. Cloudberry puts raspberry coulis in their red velvet. I probably wouldn’t have guessed that, but I would have thought it was a luxuriously flavored cake. In addition to being delicious, many of Cloudberry’s cakes are sparkly.

Marie Charland makes Dingle Fudge and a line of chutneys and pickles called Pickled in Dingle. She uses home grown produce in her pickled products, except for fruits that don’t grow in Ireland, like citrus. Marie is French, and passionate, and fun. And we were on TV* together! You can contact Marie at mhcharland at hotmail dot com.

We chatted with Orla Gowen of Bácús Bhréanainn about the attention she gives to the finishing on her bread, which is evident in these gorgeous loaves. When asked, she said her favorite is the seeded loaf located in the center of the pic. It was German-inspired I believe, and very tasty.

On Saturday and Sunday, over 60 business hosted stops on the Taste Trail. These oysters at Lord Bakers were one of my favorite nibbles (or slurps I should say). The Taste Trail integrates the festival with Dingle town, giving the festival a unique personality. 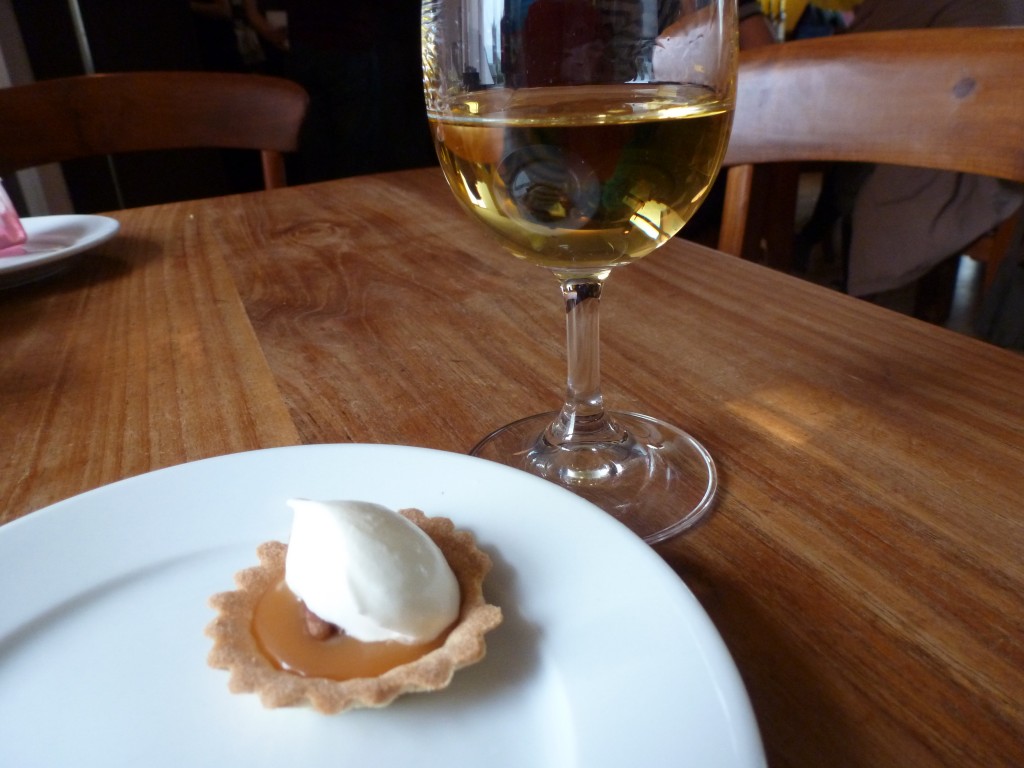 The Taste Trail stop at Goat Street Cafe. A fun stop because they served a pairing of tart with dessert wine. I liked this sweet Jurançon from Chateau de Navailles. And that we got to sit down.

I had read about the traditional Dingle pie served in mutton broth in The Examiner, so I kept my eye out for a taste. Reminded us of chicken and dumplings. Definitely would take the chill off in winter.

The Dingle Food Festival was a fantastic opportunity to chat with producers, like Veronica from Crossogue Preserves, and her fellow Tipperarian and stall neighbor, Cate from The Cookie Jar. We came home with jam and cookies, needless to say! Enjoyed Cate’s American-style oatmeal and peanut butter cookies, and am looking forward to cracking open a jar of Crossogue. Start with the Quince Chilly, or the Apricot, Pear & Grand Marnier? Decisions!

We loved Eva’s marshmallows and teacakes made with carrageen moss instead of gelatin. Using the carageen moss creates a great Irish connection, and these confections truly melt in your mouth, with none of the chalkiness of industrially made marshmallows. And they’re vegetarian. You can contact Eva at thelifesweet at gmail dot com.

We knew the food festival was truly magical when we found a Texas BBQ serving brisket. A Texan and her Irish husband own The Courthouse Bar, and they were serving brisket. Smoked brisket. This is a day I’ve long dreamed of in Ireland. Actually, I know of two other pit BBQers in Ireland. I follow them on twitter: @The_BBQ_Team and @pitmastermick. An exciting time for meat lovers.

*I’d say you’ve arrived when you appear on RTE’s Nationwide. Oh, and don’t be mad about the screen grabs RTE.

3 Responses to Stories from the Dinglefest