A Day in Dalkey Road Trip 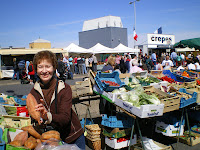 After our church service this morning (where Peggy met a bunch of Irish folks and a Brit or two), we hopped once again on the DART and along with many sun-dazed Dubliners, headed to Howth. At the farmers’ market, Bill and I dined on brats with kraut and Peggy continued her soup trend and ate seafood 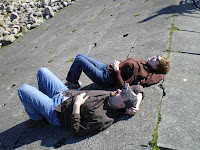 After we bought some asparagus, pasta, strawberries and scones, we walked along the seawall. We found a bench with an agreeable view and there spent a pleasant hour or so. Bill and Peggy became so relaxed as to lie upon the ground. 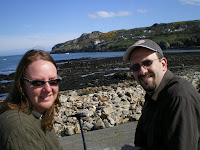 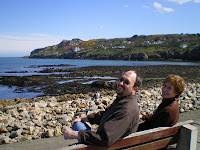 For dinner, Bill cooked the pasta with some asparagus and egg. We ate the strawberries on cinnamon scones with double cream.