Rainbows Have Nothing to Hide

A recent tweet response to our 116 things from a British friend: “Quite a few resonated with me. #74 stood out. I say that a lot. Different to England despite being next door.” #74 is Rainbows! To that point, some rainbows. 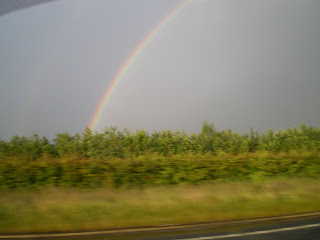 Taken from the car driving up the M1 in June. 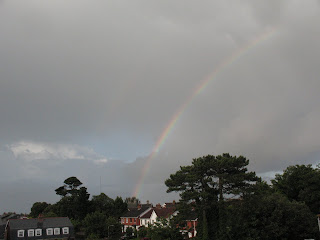 We frequently see rainbows toward the East behind our apartment. This one was on July 17. 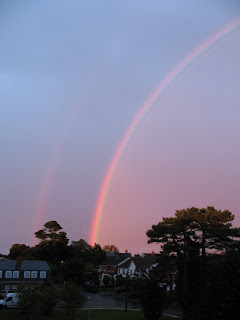 And this double rainbow from August 23. 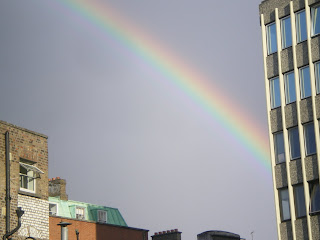 Waiting for the bus on September 1. 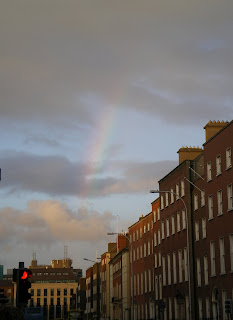 Waiting for the bus last week. 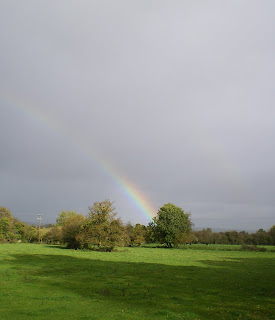 We were greeted by this one last Saturday in Freshford, Country Kilkenny.