Bill and I spent some time this evening in City Centre. We walked through Merrion Square looking for signs of Spring, ate burritos, had crepes at Lemon for dessert, and bought some goods at the market at Carluccio’s.

Wait a sec, did I just say “ate burritos”? Indeed I did. As soon as Bill read about Pablo Picante we quickly made plans for a Saturday burrito run. We met some folks from California on the same pilgrimage and we all agreed, these burritos are the real deal. The Pablo Picante guy says he’s already had so many Americans in the shop, he’s now stocking Dr. Pepper and root beer.

Bill had a barbacoa and I had steak, both with black beans. Both ordered “spicy.” The restaurant is tiny with only three stools, but that wasn’t a problem as we would have eaten these tortilla-hugged delights standing in a bucket of leeches. My nose was running when I was done, and my taste buds and tummy were happy. I believe there was a moment where we both considered ordering a second. Truly, this is great news for the tex-cali-mex lovers out there (in Dublin). 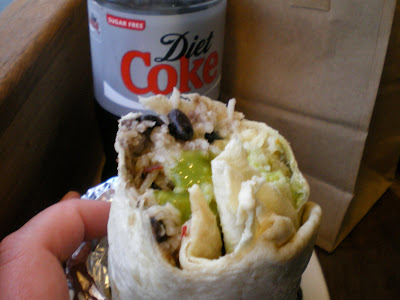