Autumn is When the Parents Come Guest Blogger: Mom

A Day of Ruins 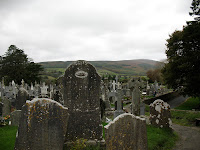 On the October Bank Holiday Monday, we set out from Graignamanagh and drove a few miles to St. Mullins, a monastical site on the River Barrow founded in the 7th century by St. Moling. The lovely site includes a medieval church ruin, the base of a 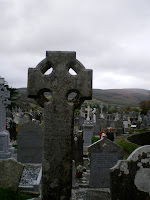 round tower, a former Church of Ireland church built in 1811 and a graveyard with both Protestant and Catholic graves.

From St. Mullins, we drove to Jerpoint Abbey. Bill and I visited this terrific site last summer and wanted to bring Mom and Dad to see the excellent carvings and lovely courtyard. After roaming the 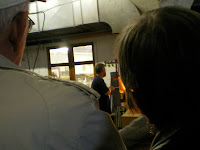 Abbey grounds we stopped by Jerpoint Glass Studio and saw a bit of glass blowing in action. All Jerpoint glass is handmade and I own several pieces, including a vase with red and orange flame licks of color that called to me during this visit.

Our favorite stop of the day was Kells Priory, an Augustine priory founded on the King’s River in the 12th Century. There’s no visitor center here, and we even had to 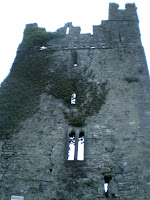 climb a fence to enter the three acre site. Kells Priory includes both fortification features, including a wall of tower houses, and monastic ruins. Parts of the site are closed off by scaffolding, but there were plenty of places to explore in the misty dusk. 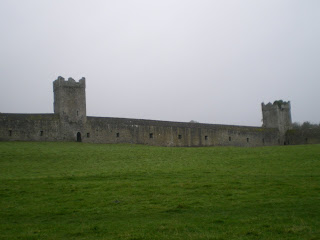 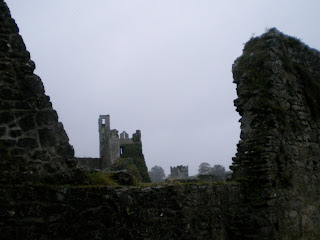 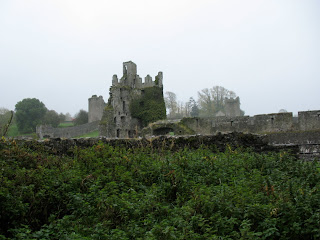 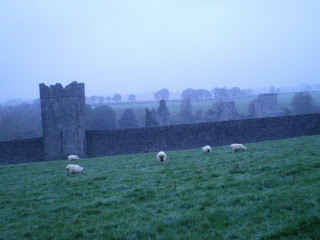 If you’re wondering about the difference between a monastery, convent, abbey and priory, I have the answer: either a monastery or convent would be an abbey if lead by an abbot/abbess and likewise, a priory lead by a prior/prioress.