Let the Sunshine In Greetings from Indiana 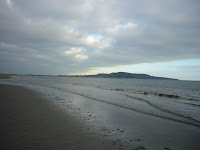 Debbie mentioned the other day that I haven’t posted any pictures of the coast near our apartment. We’re just one block from the causeway that leads out to Bull Island. Bull Island is a new island, as islands go. It started forming about 200 years ago when the first sea wall was built in Dublin Bay, causing sand to accumulate. As development of Dublin Harbour continued throughout the 19th century, sandbanks continued to grow and eventually began to support sea grass and other wildlife. Bull Island is now a nature reserve. 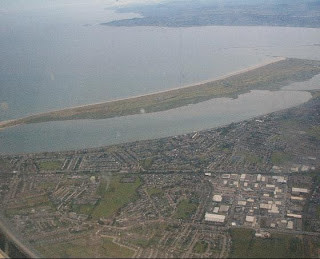 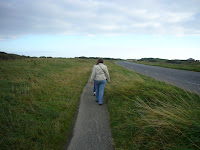 My parents and I walked out the beach, or strand, one afternoon. The area between the coast and the island is marshy, and you climb over some dunes to reach the strand. The island also has car access. The beach is sandy, and reminds me of Galveston (i.e., 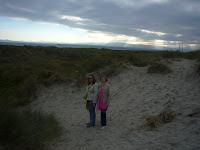 Florida need not worry–although Ireland is not prone to hurricanes). We saw dogs frolicking in the surf and kids throwing a football, or rugby ball, or something. The strand is quite popular in the summer and is a favorite spot for kite surfing. I’ll definitely post some pics if I become a kite surfer. 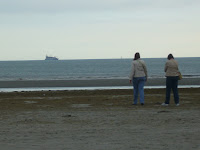